Unlike previous years, there were no phenoms like Joe Burrow or Ja’Marr Chase highlighting the Cincinnati Bengals’ 2022 NFL Draft class. However, the Bengals still managed to add some quality depth to their AFC-winning roster.

Cincinnati left Las Vegas with six new players; five within Rounds 1-5 and an additional piece in Round 7. While none possess the immediate star power of Burrow or Chase — their last two first-rounders — the Bengals would love to come out of the draft with at least one impact starter for the future.

Here’s a glance into the Bengals ‘22 draft class and a final grade.

Bengals Add a Weapon to the Secondary

Any Bengals fans who also support Ohio State might recognize Daxton Hill. The 6-foot safety has starred at rival Michigan for the last three seasons. Now, he’s trading in the maize and blue for orange and black.

According to most experts, Hill was one of the two or three top safeties in this year’s draft. Last fall, the 21-year-old finished First Team All-Big Ten while leading the CFP-bound Wolverines with 11 defended passes and a pair of interceptions.

Many believed Hill would be a top-20 selection on Thursday. However, the Bengals selected him with the 31st pick of the first round.

Hill possesses tons of versatility, something defensive coordinator Lou Anarumo relies on from his defenders. Anarumo should immediately be able to deploy the rookie at either safety spot and even as a slot corner, depending on the package.

The draft pick also provides insurance if Cincinnati cannot re-sign All-Pro safety Jessie Bates III to a long-term extension. If Bates leaves after playing on the franchise tag in 2022, Hill will undoubtedly fill that void in the secondary.

For now, expect to see the former Michigan man earn meaningful snaps in his rookie year. 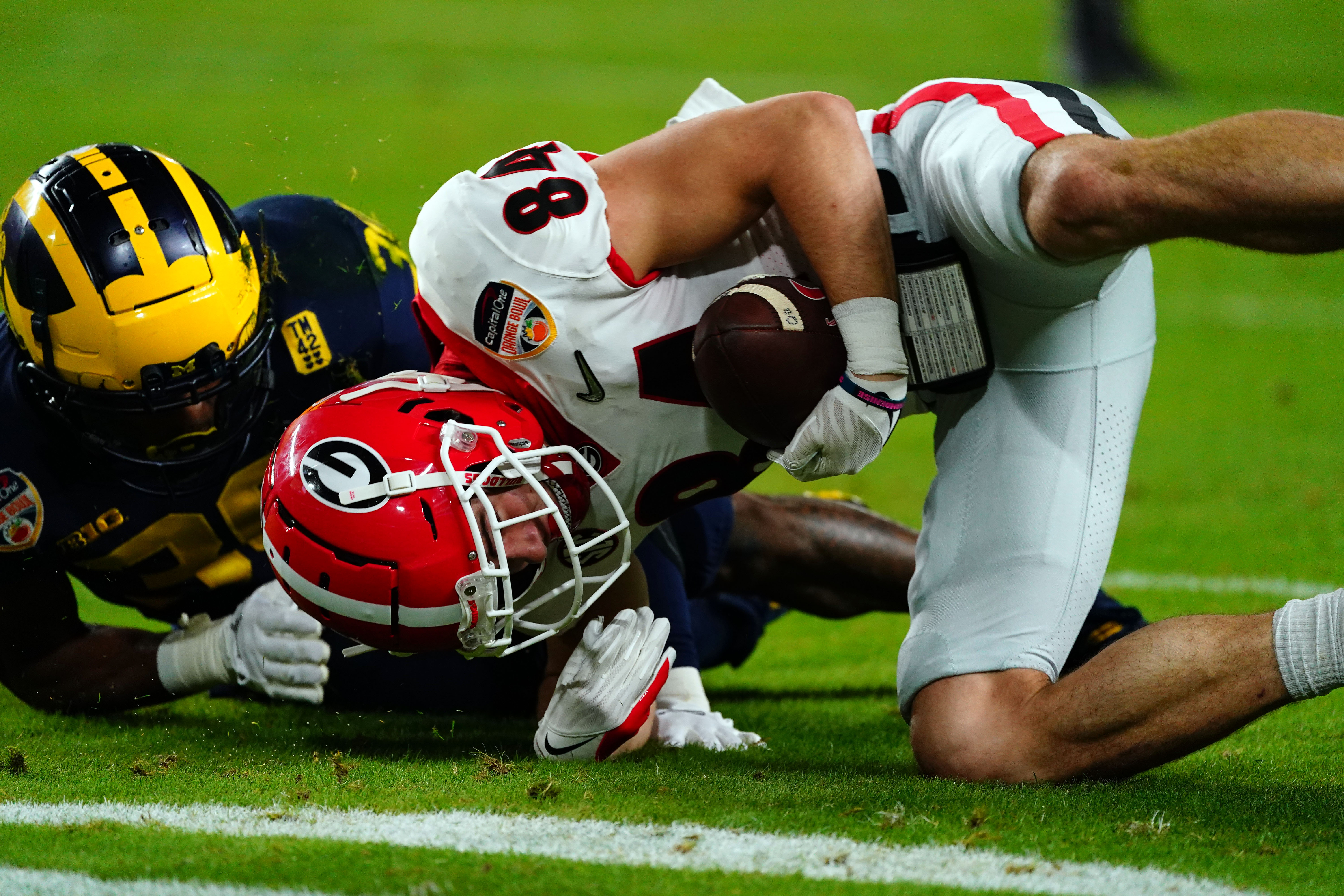 Defense Gets the Majority of the Attention in Rds. 2-7

After drafting a new potential starter in Hill, the Bengals added several more defensive pieces. Of their final five picks, four will work directly with Anarumo.

Close to the end of the second round, Cincinnati traded up three spots to take cornerback Cam Taylor-Britt out of Nebraska. Like Hill, CTB displayed a knack for the ball, swatting down a team-high 12 passes in ‘21. He’ll likely slot behind starting corners Chidobe Awuzie and Eli Apple on the depth chart with a chance to earn some snaps early in the season.

Next, the Bengals moved from the defensive backfield to the defensive line, adding Florida’s Zachary Carter in Round 3. At 6-foot-4 and 282 pounds, Carter is a pass-rusher whom Cincinnati will likely use as an interior lineman.

Cincinnati turned back to defense for its final two picks, trading up in the fifth round for Toledo safety Tycen Anderson and book-ending its class with Coastal Carolina EDGE Jeffrey Gunter.

The Bengals addressed their weak offensive line during free agency, leaving the defensive backfield as priority number one in the draft. They addressed it with three picks, the most significant of which being the undervalued Hill.

Versatility is the name of the game in the Queen City. Hill, Taylor-Britt, and Carter should all get exposure to multiple positions from the get-go. Meanwhile, Volson was a quality add as a college tackle who can kick inside as a pro.

Cincinnati may have reached for a couple of its picks, particularly the Day 2 selections. However, the AFC champs addressed their needs and left with at least one Week 1 starter. The Bengals should feel very good about their newest draft class.