After one season, it’s clear the 2021 NBA Draft featured several stars and numerous NBA talents. Now, all the league can do is sit back and hope the 2022 class produces a similar outcome.

After Tuesday night’s draft lottery, we’ll officially know the order of the first 14 picks. But we already have an idea of who some of the first players to go off the board will be, regardless of the order.

Who are some of the top prospects available in the 2022 NBA Draft? And who will enter the exclusive fraternity of first-overall picks?

On June 23, Barclays Center in Brooklyn will host the 2022 NBA Draft. But before that, all eyes will be fixed on Chicago.

The 2022 NBA Draft Lottery is on May 17 in Chicago. Just before the announcement, NBA officials will select Ping Pong ball combinations that dictate the winners for each of the first four selections. After that, picks 5-14 are decided by inverse order of the regular-season standings.

Here are the current odds for the No. 1 pick for each lottery team, with the top-four odds in parentheses:

Before 2019, the team with the worst record had the best odds for the top pick. However, the worst three clubs all have an equal shot now.

🏀Ready to bet on the 2022 NBA Draft in Ohio for FREE? Sign up for betJACK Training Camp here to get started today! 🏀

Banchero helped lead Duke to a Final Four appearance in his lone season in Durham. Now, he’ll have a chance to join Kyrie Irving and Zion Williamson as a Blue Devil going first overall.

The 6-foot-10 Banchero was projected to be a top-three selection for 2022 before starting his collegiate career. He didn’t hurt his stock, averaging 17.1 points and 7.7 rebounds for Coach K. Banchero is an NBA-ready athlete that has the interior scoring and playmaking abilities necessary to become an impact player from Day 1.

You can tell by looking at Holmgren that he’s unique. But while his ultra-slender frame might be a concern, his talent at Gonzaga was never an issue.

Holmgren stands at 7-feet and weighs just 195 lbs., but his skills are undeniable. The 20-year-old averaged 14.2 points, 9.6 rebounds, and 3.6 blocks, while also hitting 41.2% of his threes. On the surface, he’ll need to get stronger to hang with more physical NBA centers. But few bigs can shoot, pass, and block shots the way Holmgren can.

Unlike the previous two prospects, Smith’s NBA bonafides weren’t immediately revealed until the college season began. Now, he could very well be the first pick in 2022.

There’s an argument for the 6-foot-10 Smith having the highest floor of any potential No. 1 pick. Not only did he average 17.1 points and shoot 43.6% from three, but his length and versatility make him a strong defender. It’s possible the 19-year-old plays more along the perimeter than the post in the NBA, but his high-release jumper can give him any shot he wants.

In a draft dominated by bigs, Ivey used the 2021-22 season to remind scouts that he’s deserving of a high draft selection.

The sophomore guard has the makings of a smalled two-guard at the pro level, averaging 17.2 points for the Boilermakers. Nevertheless, the 6-foot-4 Ivey is an exceptional scorer both near the basket and from distance and has strong playmaking abilities as well. While it might seem far-fetched, a team could fall in love with Ivey to pass over the three bigs in order to take him. 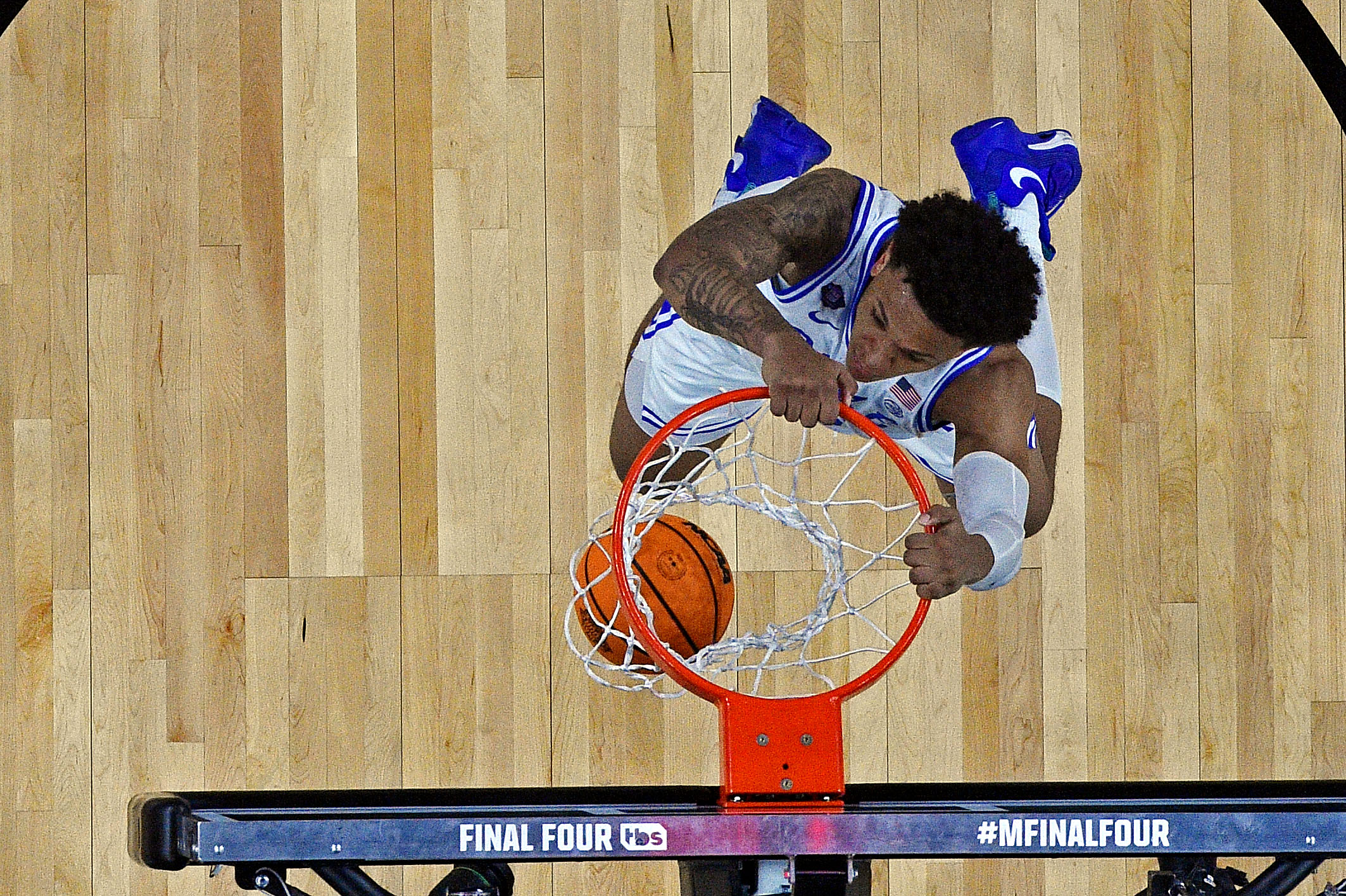 With Banchero, Holmgren, and Smith all neck-and-neck for most scouts, the exact order they fall will largely be determined by the lottery results. However, we can try to ascertain how they’d go off the board if the current odds hold serve and each team picks in their projected slot.

With the first pick, the Houston Rockets look for a big man to pair with guard Jalen Green and center Alperen Sengun, last year’s two first-rounders. In the end, they go with Banchero due to his NBA-ready size and superstar upside.

Next up, the Orlando Magic are left to choose between Smith and Holmgren. With Wendell Carter Jr. already occupying the 5, Orlando opts for Smith, who can immediately improve its defense and become a go-to shooter for younger guards Cole Anthony and Jalen Suggs.

After landing Cade Cunningham with the top pick in 2021, the Detroit Pistons hold the third pick. However, it wouldn’t be a shock to see the Pistons opt for Ivey over Holmgren. With a plethora of bigs on its roster and former lottery pick Killian Hayes developing slower than expected, the Pistons could view Ivey as the perfect complementary guard to Cunningham.

This would be a perfect scenario for the Oklahoma City Thunder. With future star Shai Gilgeous-Alexander and rookie standout Josh Giddey in the backcourt, OKC would run to the podium to select Holmgren, giving the rebuilding Thunder a key piece for the future.

Again, it’s quite possible a team like the Sacramento Kings or Portland Trail Blazers wins the lottery and feels strongly about one prospect over another. But it’s a safe bet that these four players will hear their names called very early in next month’s draft.