The Last 5 No. 14 Overall NBA Draft Picks & Where They Are Now

After narrowly missing out on their first playoff appearance in four years, the Cleveland Cavaliers will now turn their attention to the 2022 NBA Draft. Armed with the 14th pick, Cleveland should have plenty of options when deciding who to add to its roster.

Cavalier fans may be disappointed that the team isn’t in the running for a phenom like Gonzaga’s Chet Holmgren or Auburn’s Jabari Smith Jr. However, the 14th pick won’t prevent the Cavs from landing an excellent player. In fact, if recent history proves anything, Cleveland should be excited for its upcoming draft selection.

Some of the more recent 14th-overall picks are still fleshing out their roles in the NBA. But a couple of players have already demonstrated their All-Star upside in a short period.

The Golden State Warriors pulled off one of the quickest rebuilds in recent memory, going from a league-worst record in 2019-20 to the cusp of the NBA Finals two years later. Moses Moody was the third of three lottery picks made by the 2015, ‘17, and ‘18 champs within that phase.

The 19-year-old Arkansas standout finished his rookie year with 52 games and 11 starts, averaging 4.4 points on 43.7 percent shooting. As a 6-foot-6 guard, Moody spent most of the season backing up veteran stars Steph Curry and Klay Thompson and sixth man standout Jordan Poole. However, he cracked double figures in seven of his 12 games with 20 or more minutes, including a career-high 30 points in 36 minutes against the Denver Nuggets.

This season, Moody hasn’t had to contribute a ton to the Warriors’ success. But he’s hardly been considered a disappointing rookie. 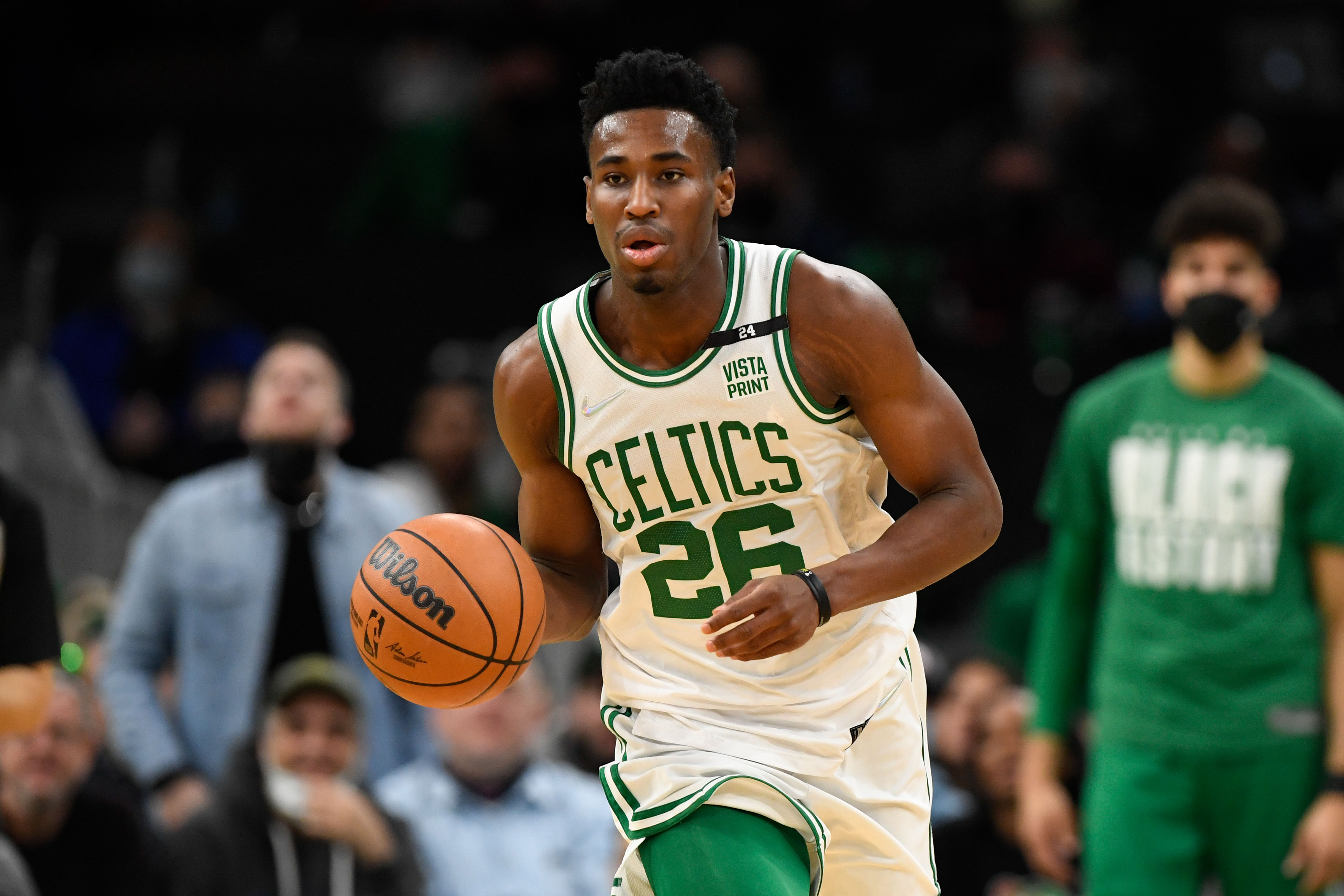 Thanks to the trade-happy ways of former GM Danny Ainge, the Boston Celtics had made a habit of punctuating playoff seasons with lottery picks. 2020 was no exception, as the C’s added Aaron Nesmith to their collection of young talent.

Nesmith, who went ahead of future NBA starters like Cole Anthony and Tyrese Maxey, hasn’t found his footing yet. The 6-foot-5 forward has ridden the bench for Boston in his first two seasons, making five starts in 98 career games. The former Vanderbilt Commodore has averages of 4.2 points and 2.2 rebounds in just 12.7 minutes per game.

Some scouts viewed Nesmith as an elite shooter in college, but he’s yet to demonstrate that at the pro level. He’s still 22 years old, but it doesn’t look like he’ll soon become a mainstay in Boston’s starting lineup.

Like Nesmith in 2020, the Celtics earned a 2019 lottery pick despite another playoff season. With the 14th selection, Boston took Indiana’s Romeo Langford one spot after the Miami Heat landed future Sixth Man of the Year Tyler Herro.

A year before entering the NBA, Langford was a top-five recruit out of high school and a surefire lottery pick. Yet his pro career hasn’t lived up to the hype. Through his first two seasons, Romeo averaged 2.8 points and only appeared in 50 games, starting six of them. Although the oft-injured guard showed some progress, particularly in Boston’s playoff run last season, he has been a marginal role player at best.

At the 2022 trade deadline in February, the Celtics shipped Langford and veteran Josh Richardson to the San Antonio Spurs for Derrick White. The 6-foot-4 guard only appeared in four games for San Antonio, putting his NBA future into question.

Michael Porter Jr. was the nation’s top high school recruit in 2017 and a possible No. 1 pick, but a back injury and subsequent surgery at Missouri scared multiple teams away. The injury allowed the Denver Nuggets to grab him at No. 14 in a loaded 2018 draft.

MPJ has shown All-Star upside through four seasons while also proving concerned teams correct. The 23-year-old missed his entire rookie season and only played nine games in 2021-22 because of his back. However, he excelled as a sixth man in 2019-20 before breaking out in 2020-21, averaging 19.0 points and 7.3 rebounds in 31.3 minutes. He also shot 42.2% and 44.5% from deep in his first two seasons.

The 6-foot-10 Porter is entering the first year of his massive five-year, $172.5 million extension with Denver. He should be able to live up to the salary if healthy, but health has been a significant concern.

It might be too soon to jump to any conclusions. But after five seasons in the NBA, Bam Adebayo is making a compelling argument to join Clyde Drexler and Hal Greer as one of the greatest 14th-overall picks of all time.

Adebayo left Kentucky a flawed rim protector but has become one of the best all-around bigs in the NBA. The 6-foot-9 center began his Miami Heat tenure as a role player before starting in 2019-20, averaging 15.9 points and 10.2 rebounds and making his first All-Star appearance. His scoring numbers have increased every season, while his defense has earned him a spot on two All-Defensive teams.

The 24-year-old Adebayo is close to leading Miami to its second NBA Finals appearance in three seasons and has a chance to capture his first ring. No matter how you slice it, Bam was an exceptional find at the end of the lottery.