As the Cleveland Browns snapped a 635-day winless streak and the victory fridges unlocked, it felt as if a new star was born in the national spotlight of Thursday Night Football against the New York Jets.

Now four years removed, the Browns traded Baker Mayfield away for a fifth-round pick that could turn into a fourth-round selection depending on playing time. The trade marked the ending of yet another failed quarterback in Cleveland.

"If anybody's gonna turn that franchise around, it'd be me," Mayfield said at the NFL Scouting Combine in Indianapolis.

Mayfield was right, and lived up to his words in that regard. He was part of the crew that brought Cleveland their first playoff victory since 1994 — and was undoubtedly the best quarterback in town since Bernie Kosar.

The rest of the crew that brought Cleveland to relevancy was ready to chase a Super Bowl. Two elite running backs in Nick Chubb and Kareem Hunt, a Top 5 offensive line, and a finally healthy Odell Beckham Jr. and Jarvis Landry were ready to soar to new heights in 2021 with reigning Coach of the Year Kevin Stefanski.

Partially due to a torn labrum in his left shoulder, his production plummeted. The Browns were just 1-7 against teams with a winning record in 2021, with the sole victory coming against the Cincinnati Bengals at Paul Brown Stadium. Despite being in the thick of a division crown until Week 16, Mayfield's meltdown of four interceptions on Christmas Day was likely the final nail in his Browns coffin.

Mayfield's swagger and moxy that made him a beloved sports figure in Cleveland quickly turned to a shield of insecurities for his poor play on the field.

Off the field, the Browns were without a leader.

After the season, several players spoke out, saying their unity and chemistry as a team wasn't tight.

The quarterback is supposed to set the tone for the organization. The "Pied Piper" mentality that John Dorsey fell in love with ahead of the 2018 NFL Draft didn't translate to the professional level as seamlessly as some had hoped.

It was simply time for all parties to move on.

ESPN's Chris Mortensen's report that the Browns "want what they consider an adult" in the quarterback room was telling. While Jimmy Haslam denied the remark came from ownership, it was clear the divide between Mayfield and the Browns brass was too large to be repaired. 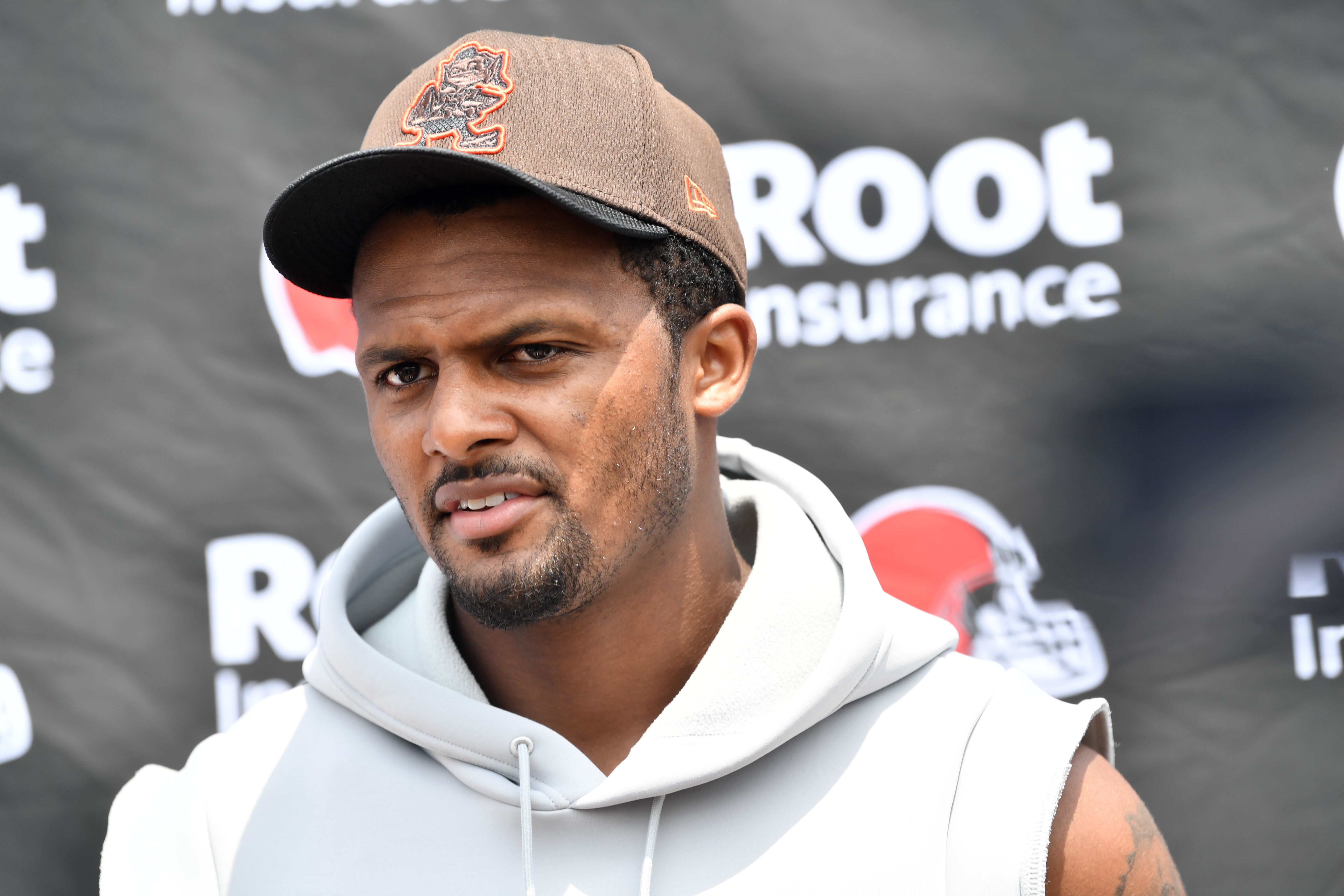 The Browns elected to move on from the player who embraced the city for Deshaun Watson and all of his baggage, 22 civil lawsuits alleging sexual misconduct and likely a looming suspension. The Browns knew they had a roster that was ready to win now, and a locker room that felt divided after Odell Beckham Jr. publicly forced his way out of town and away from Mayfield.

Mayfield went 30-31 (including playoffs) during his four years with the Browns. Watson was 28-25 with the Texans, despite having a much-less talented roster.

Trading Mayfield, who once showed flashes of being a franchise quarterback, for just a conditional fourth-round pick was just another tax of doing business to acquire Watson. Along with sending away five draft picks, dumping Mayfield and his $18 million price tag was a necessity for the Browns after landing Watson.

The Watson for Baker swap is the biggest risk in the Haslam Era. Mayfield had brought them the most success they had ever experienced as owners of the Browns, but the bar was dramatically low. They were desperate for more and unwilling to wait.

With the Panthers, Mayfield finds himself in a familiar boat.

Sacrificing just a conditional fourth-round pick was a no-brainer for Carolina, especially since Cleveland will be paying over $10 million of his contract, with the Panthers just on the hook for $5 million.

The Panthers are as unstable as they come, flipping between Cam Newton, Sam Darnold, P.J. Walker, and Teddy Bridgewater over the last two seasons. While it won't be an easy task, if Mayfield could utilize tools like Christian McCaffrey and D.J. Moore, perhaps he can prove to the league that he can be a franchise QB.

Matt Rhule's NFL livelihood is on the line, and he is rolling the dice with Mayfield. The last time Mayfield and Rhule shared the field together, Baker told the Baylor Bears: "You forgot who daddy is, I'm going to have to spank you."

Perhaps that bravado that made Mayfield the No. 1 selection in Cleveland could be what saves his NFL career in Charolette, but his brash personality was part of why he fell out of favor with the Browns.