The Cavs Should Draft Malaki Branham With The 14th Overall Pick

The Cleveland Cavaliers came within one win of a trip to the NBA playoffs. But while their season ended earlier than they had hoped, the Cavs are gearing up for a run next season, beginning with the 2022 NBA Draft.

Cleveland is slotted at No. 14, the final pick of the lottery. As we've seen in the past, there are opportunities to select a very good player with the 14th pick. Sure enough, Cleveland will have plenty of opportunities to find its next piece of the puzzle when it's time to make the pick.

Every Cavaliers fan has an opinion on who the team should draft. Here are some of the top choices that could be under consideration for the Wine and Gold, as well as which player stands out from the rest of the pack.

Typically, NBA teams will target the best players available. The Cavaliers should do the same thing on Thursday, but don't be surprised if they put extra emphasis on finding an above-average offensive contributor.

The Cavs finished the year as one of the top defensive teams in basketball. Yet their defensive rating — which finished seventh in the NBA — was well above their 20th-ranked offensive rating. Despite All-Star seasons from Darius Garland and Jarrett Allen, along with a breakout rookie year from Evan Mobley, Cleveland's 107.8 points were the sixth-lowest in the league.

Cleveland didn't have an efficiency problem. Thanks to regular lineups featuring three 7-footers (Allen, Mobley, and Lauri Markkanen), the team's 46.9 percent field-goal rate was ninth overall. But a middling 35.5 percent three-point rate and a bottom-five pace kept the Cavs from reaching their full potential.

Heading into the draft, the Cavaliers have to prioritize capable scorers and effective shooters. While positions don't matter too much in the modern NBA, finding a wing would be preferred since the Mobley-Allen tandem fills out the frontcourt, with Collin Sexton presumably returning to join Garland in the backcourt.

Even if Sexton leaves as a restricted free agent, drafting a shooting wing with defensive upside would be a win for Cleveland.

Best Targets at No. 14 Overall

The downside to Cleveland's draft slot is the long wait before the selection. While we already know several players who won't be available for the Cavs, there are a few players teams might value higher than we expect, limiting their options for No. 14.

One popular name is Malaki Branham. The Big Ten Freshman of the Year is an Ohio kid through and through, winning Ohio's Mr. Basketball Award at St. Vincent-St. Mary's High School before joining the Buckeyes. Beyond that, the 6-foot-5 Branham is one of the purest scorers in the entire draft and the kind of three-point shooter Cleveland covets.

If the Cavs covet a more seasoned prospect, Kansas' Ochai Agbaji makes a lot of sense. The 22-year-old Agbaji led the Jayhawks in scoring and was named the Final Four's Most Outstanding Player. Like Branham, the 6-foot-6 wing can be a 3-and-D player if he proves his senior year shooting wasn't a fluke.

Another interesting name who's often been linked to Cleveland is Johnny Davis. Last season, Davis led Wisconsin in scoring and was named Big Ten Player of the Year. While his three-point shooting wasn't as strong as the other two prospects, his overall scoring and strong defense make the 6-foot-5 Davis a noteworthy prospect.

Cleveland would also have no shortage of prospects if it decides to value athleticism and upside over pure scoring. Baylor's Jeremy Sochan and LSU's Tari Eason are two forwards with tremendous defensive potential, something that fits into the Cavs' long-term vision. However, their lack of a reliable jump shot may force the Cavaliers to look elsewhere.

Malaki Branham is the Ideal Choice for the No. 14 Pick 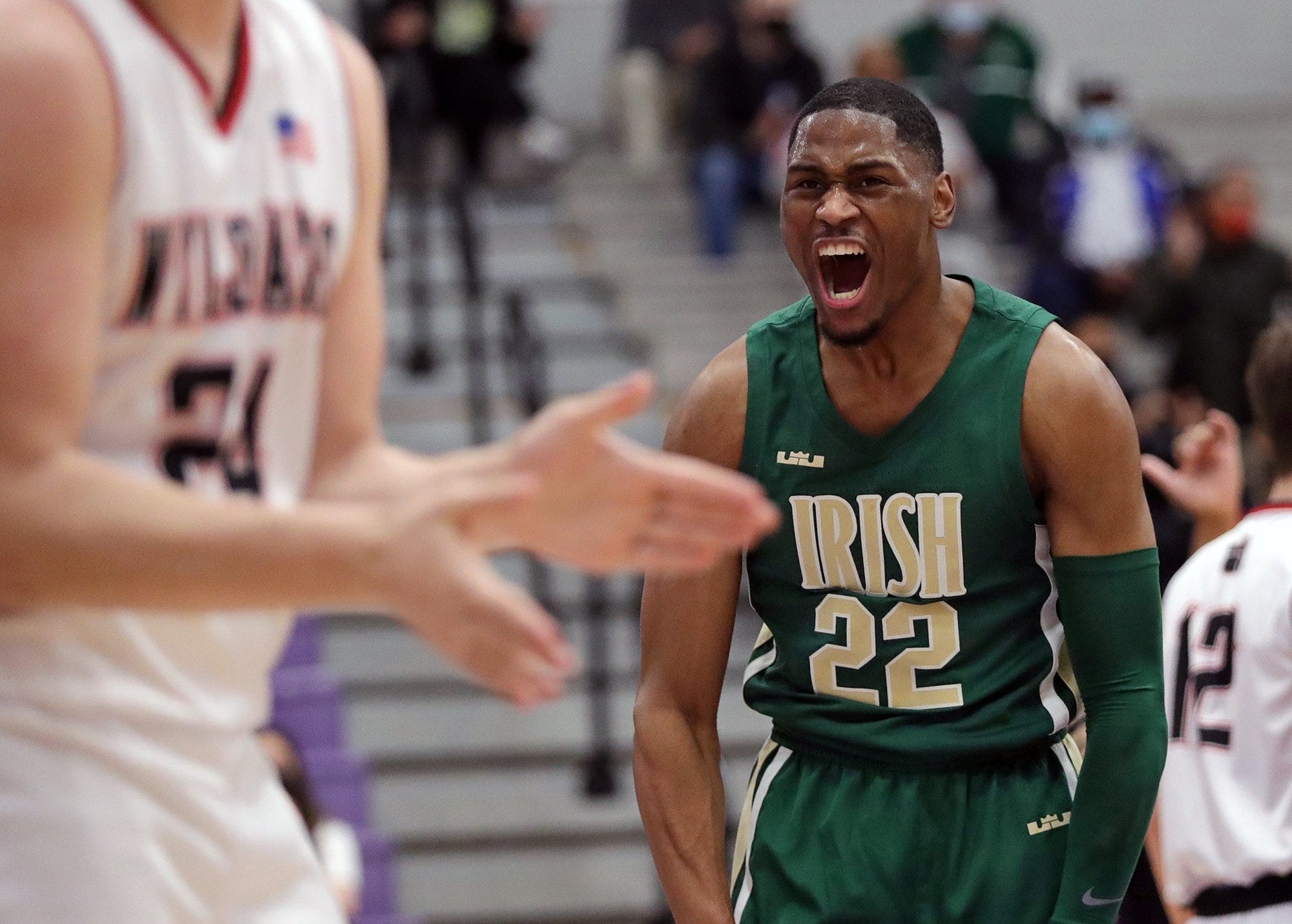 In what many scouts consider a deep draft class, the Cavaliers should manage to land a very good prospect when they go on the clock this Thursday. But if there's one name Cavaliers fans should be hoping for, it's Malaki Branham.

Branham's development at Ohio State was impressive, to say the least. Few anticipated him to be a one-and-done prospect, let alone the top freshman in his conference. Yet there's plenty of reason to believe his breakthrough is the real deal.

Watching the Buckeyes last season, you can see Branham doing more than hitting threes. He's a talented ball-handler that can get his own shot, whether it's in the midrange or near the basket. His 6-foot-5 frame is boosted by a 6-foot-10 wingspan, allowing him to effectively guard bigger forwards if needed.

At worst, the 19-year-old Branham is a role player who can provide instant offense off the bench. At best, he's a potential 20-point scorer who can defend on the other end. If he's available for the Cavs at 14, he needs to be the pick.

🏀You're on the Clock! Bet on the NBA Draft for FREE in OHIO here!