Week 1 of the 2022 NFL season may still be several weeks away, but it’s never too early to start putting money where your mouth is.

The draft is in the rearview and free agency is all but over. Aside from a few surprise veteran cuts during training camp, the rosters we see today are more than likely the rosters that will open up the season this fall.

With that comfort and knowledge, there are many future NFL bets to consider between now and Week 1.

You can bet on these prop bets (and hundreds more) before the NFL season kicks off for FREE on betJACK Training Camp! 🏈

Last fall, the Cincinnati Bengals stunned the football world by winning their first division title since 2015. The shock only continued after Cincy charged its way to the Super Bowl, falling three points short of the franchise’s first title.

This year, the Bengals’ success shouldn’t surprise anyone.

Baltimore made a few offseason decisions, but even a fully-healthy Ravens team falls short of the Bengals. Joe Burrow is already a better overall quarterback than Lamar Jackson, Joe Mixon is a Pro Bowl running back, and the wide receiver group led by Offensive Rookie of the Year Ja’Marr Chase is possibly the best in football.

Beyond that, Cincy addressed its glaring weakness by signing offensive linemen Alex Cappa, Ted Karras, and La’el Collins. Those additions will protect Burrow and assure an even better season from the third-year QB.

It’s easy for casual football fans to write Cincinnati’s Super Bowl run as a one-off fluke. But even if the Bengals miss a chance to repeat, betting them to win the division again is a wise choice. 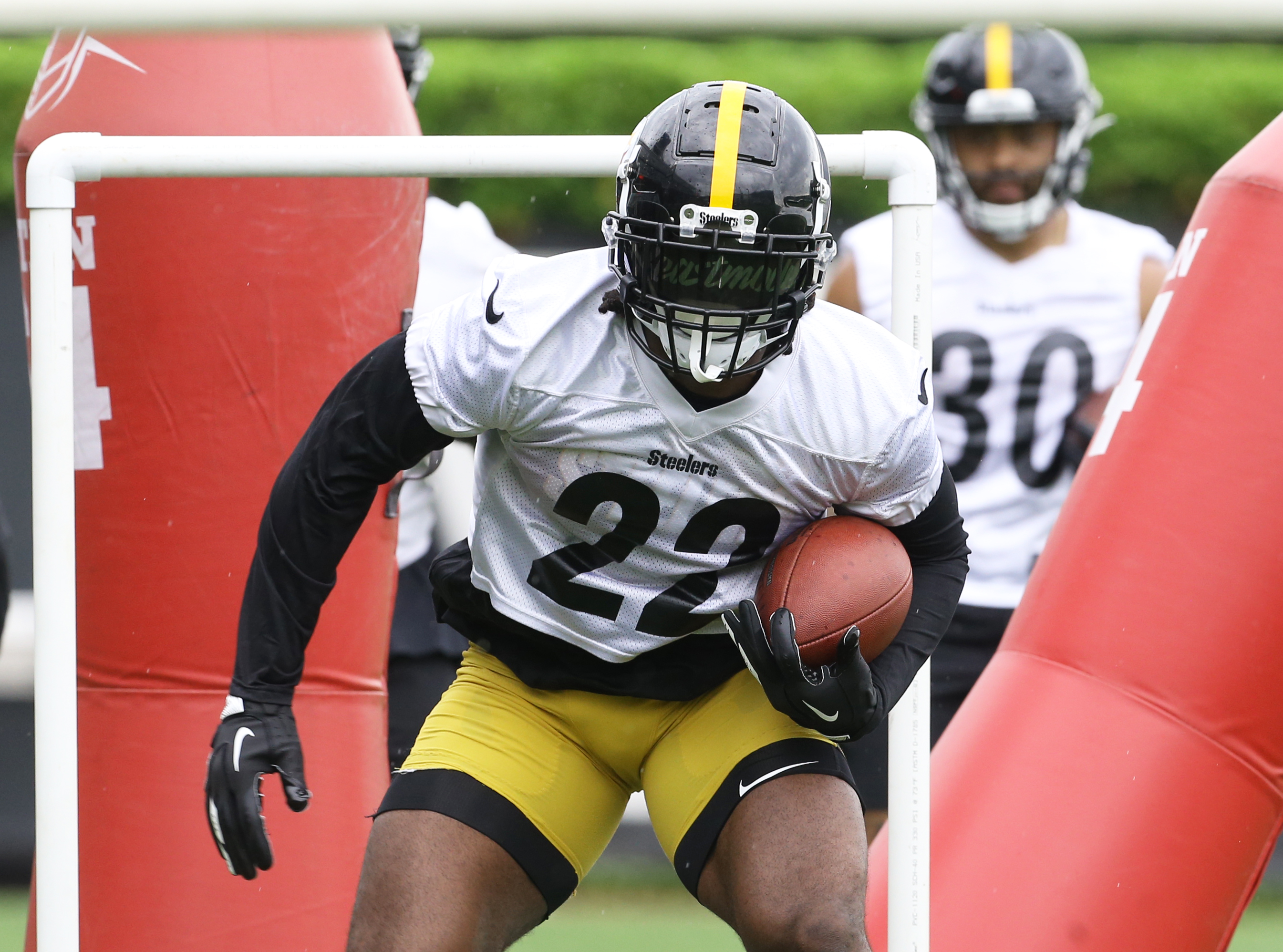 While the Bengals should be competing for a division crown, the Steelers are going through a transitional period. Pittsburgh will go into the year with either Mitchell Trubisky or rookie Kenny Pickett behind center following Ben Roethlisberger’s retirement.

Regardless of who Pittsburgh starts at QB, expect Najee Harris to become the focal point of the offense.

Harris, the 2021 first-rounder from Alabama, delivered in his rookie campaign. The 24-year-old ran for 1,200 yards and played in all 17 regular-season games, finishing fourth in the NFL in rushing yards. Only the Indianapolis Colts’ Jonathan Taylor, who finished with over 1,800 yards, had more than Harris’ 307 rushing attempts.

If the Steelers felt comfortable enough to give a rookie over 300 rushing attempts, they’ll certainly feel good about doing so again. And with a full year of NFL experience under his belt, the former Crimson Tide running back should be ready for the challenge.

Taylor (+400) and Derrick Henry (+450) are neck and neck to lead the league in rushing, followed by Nick Chubb and Dalvin Cook (+1100 each). But due to his age, QB situation, and lack of competition behind him, Harris offers tremendous value at +1400.

Cooper Kupp’s Super Bowl MVP trophy was the cherry on top of a historic season. In his fifth season, the 29-year-old went from solid fantasy starter to game-changing superstar.

And yet, Kupp is still being undervalued by the books.

The Los Angeles Rams’ wideout finished last season with 1,947 receiving yards, 331 more than runner-up Justin Jefferson. While Kupp still averaged over 13 yards per catch, his chemistry with Matthew Stafford played a massive role in his rise, leading the league in both receptions and targets by a wide number.

Stafford and the Rams have other offensive weapons besides Kupp, most notably their newest signee Allen Robinson. But LA also lost Robert Woods and Odell Beckham Jr., two vets who reeled in more catches than what Robinson will bring in this year.

We know Kupp is the unquestioned number-one receiver for a team that will pass the ball often. Yet he finds himself tied with Chase at +800, while Jefferson is +850.

With all due respect to Chase and Jefferson, Kupp is in the best position to succeed with the least amount of receiving threats impacting his stats. Based on last year, he should be +600 at least, so bank on the value while you can.